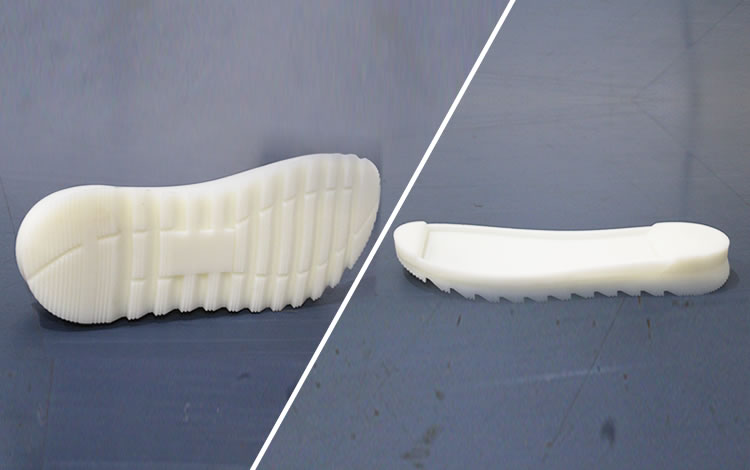 Today, 3D printing is shaping newer possibilities in every field, the footwear industry is not left behind. According to recent industry trends and research study, the 3d printing footwear industry has a lot of opportunities and is expected to become one of the largest 3D printed consumer products over the next few years.

Many footwear manufacturing companies uses SLA 3D printing technology as its core design process. There can be an entire shoe or even a part of shoe can be 3D printed.

Let us dive into how 3d printing in India is revolutionizing the 3d printed footwear market with its latest innovations. STPL3D is a Leading Manufacturer in the 3D Printer Industry making different 300-1100mm printing sizes capacity. They have best-in-class 3D printers which provide one the best quality prototype, have user-friendly operations, and ultra-high-quality parts.

Here we explore the various benefits of 3D printing using 3d printers in the footwear industry.

Rapid Prototyping
Manufacturing foot-wears through the manual method is a labor-intensive process, which consumes a lot of time and requires a lot of specialized machines and workers to create the final product and deliver. First step to go for the mass production is prototyping which was time consuming which took seasons to launch a new product and the prototype was even not that accurate to give the actual feel of the shoes. On the other hand, SLA printer is a one-time investment which saves money and time in the long term. 3D printing with SLA machines is a new way of optimizing the production of certain footwear parts. It speeds up the process, producing the same footwear model in a shorter period.

Customized Products
Consumers are always on the lookout for uniqueness and demanding personalized footwear. Normal footwear making offers limited choices. Through 3D technologies, companies can offer custom-made products, creating footwear specifically tailored to the consumer. For instance, it is now possible to design and produce 3D printed soles adapted to the consumer’s morphology, offering users a high level of customization.

All Operations under one roof
With a 3D printer installed at the factory, manufacturers can now do the entire designing and prototyping process in-house and not dependent on outsourcing. This facilitates the manufacturer to have full control over the design and quality of production. The SLA 3d printing process uses a specialized software application to create a digital model with the required parameters. The model is then sent to a 3D printer, where another software application automatically guides the printing process as per the set requirements.

To conclude, higher accuracy, quality, durability, and fast printing speeds have made 3D printing technologies a viable production solution for the footwear industry. 3d printed footwear are the latest trend and one of the most upcoming 3d printing applications. Even consumers are always on the lookout for uniqueness in their footwear and SLA 3d printing technology fulfills their wish. 3d printing in India is becoming quite popular and companies are creating more efficient and futuristic footwear.

There are many SLA printers available into the market of India and mostly are imported from worldwide. Many of them are ok to go for the footwear prototype, hot favorite Indian machine in the market is STPL 3D SLA Printers. They have proved themselves on footwear prototyping for the entire body or a part of footwear. They are already sampling with multiple footwear manufacturing companies.