Smallest Statue of Unity by STPL3D

To understand how big or small statue is, one has to feel them. Surat-based STPL3D has created the world’s smallest 3D printed replica of the “Statue of Unity” with a mission to create a high quality and the precisely detailed miniature Statue of Unity. The replica size is just a 13 mm whereas the original statue of unity stands 182 meters tall at the bank of Sardar Sarovar dam in Kevadiya near Vadodara, Gujarat. 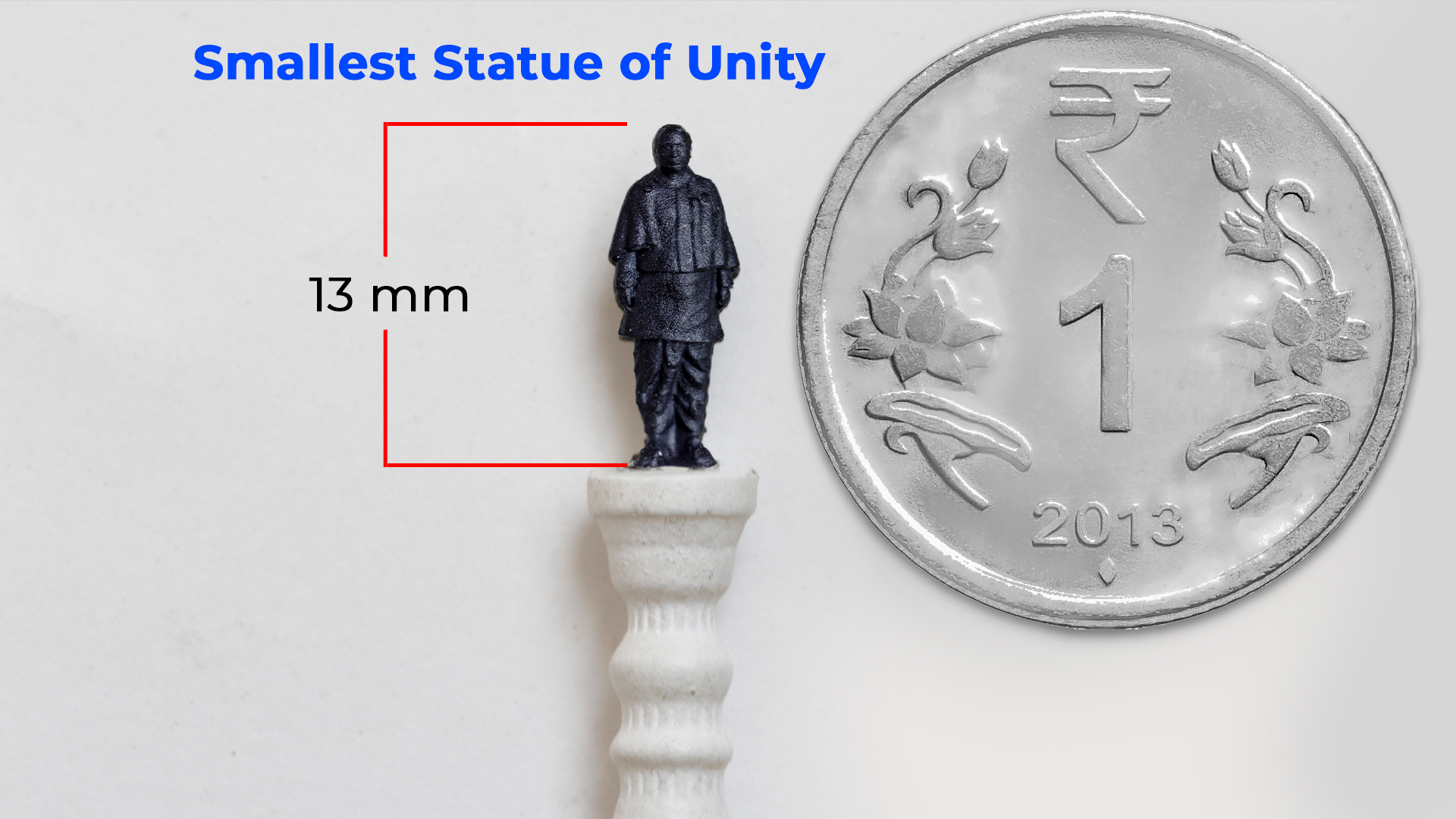 Everyone knew that the Statue of Unity is now the world’s tallest statue. But, not until they stood next to it, dwarfed even by the feet of the Iron Man of India- Sardar Vallabh Bhai Patel. Post India’s independence in 1947, Sardar Patel played a crucial role in bringing all the then-disjointed princely states into the Union of India. As a tribute to his towering personality, the statue is rightly called the Statue of Unity. Astonished by its enormity and to pay their homage to Sardar Patel, STPL3D came with an idea to create the smallest replica of the Statue of Unity to grace your mantelpiece or decor your desk with it and make an addition to your collection of famous landmarks, skyscrapers and heritage architectures around the world. 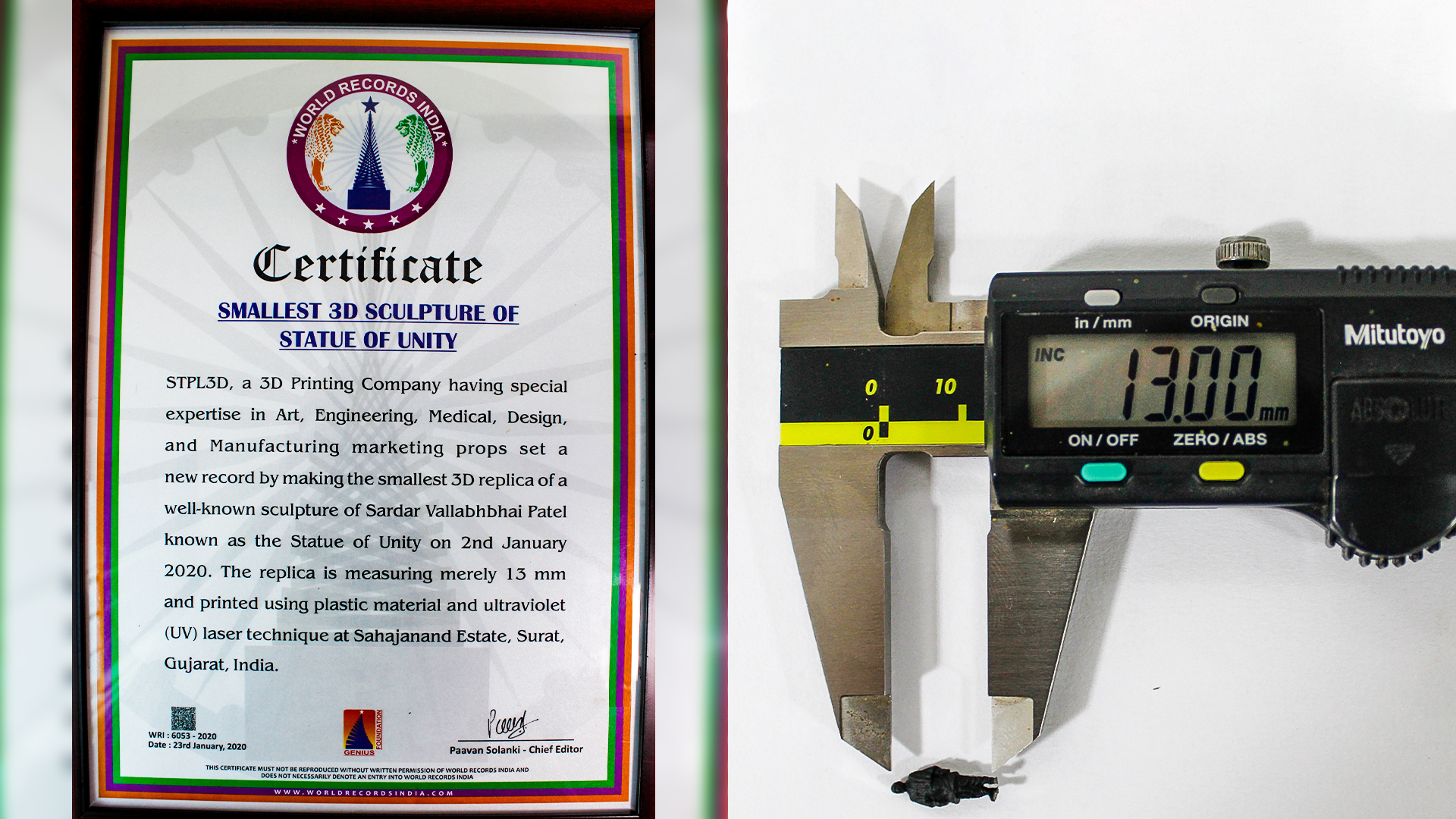 The company has claimed to be the first in successfully printing small scale miniature sculpture using stereolithography (SLA) technique of 3D printing. The India Book of Records and World Records India have validated the company's claim of making the smallest 3D printed statue. 3D printing is a revolutionary technology that has created a buzz recently because of its ingenious concept that has been utilised in the invention, and the huge potential to impact the current manufacturing process. First, a detailed 3D model of the statue was created from digitally downloaded photographs in 3D sculpting software and then printed with the SLA technique to get a final smooth finish without any post-processing requirement. In the SLA technique, the layers of the liquid polymer vresin are chemically bonded with each other and selectively cured using an ultraviolet (UV) laser beam. It is fast, precise and versatile. 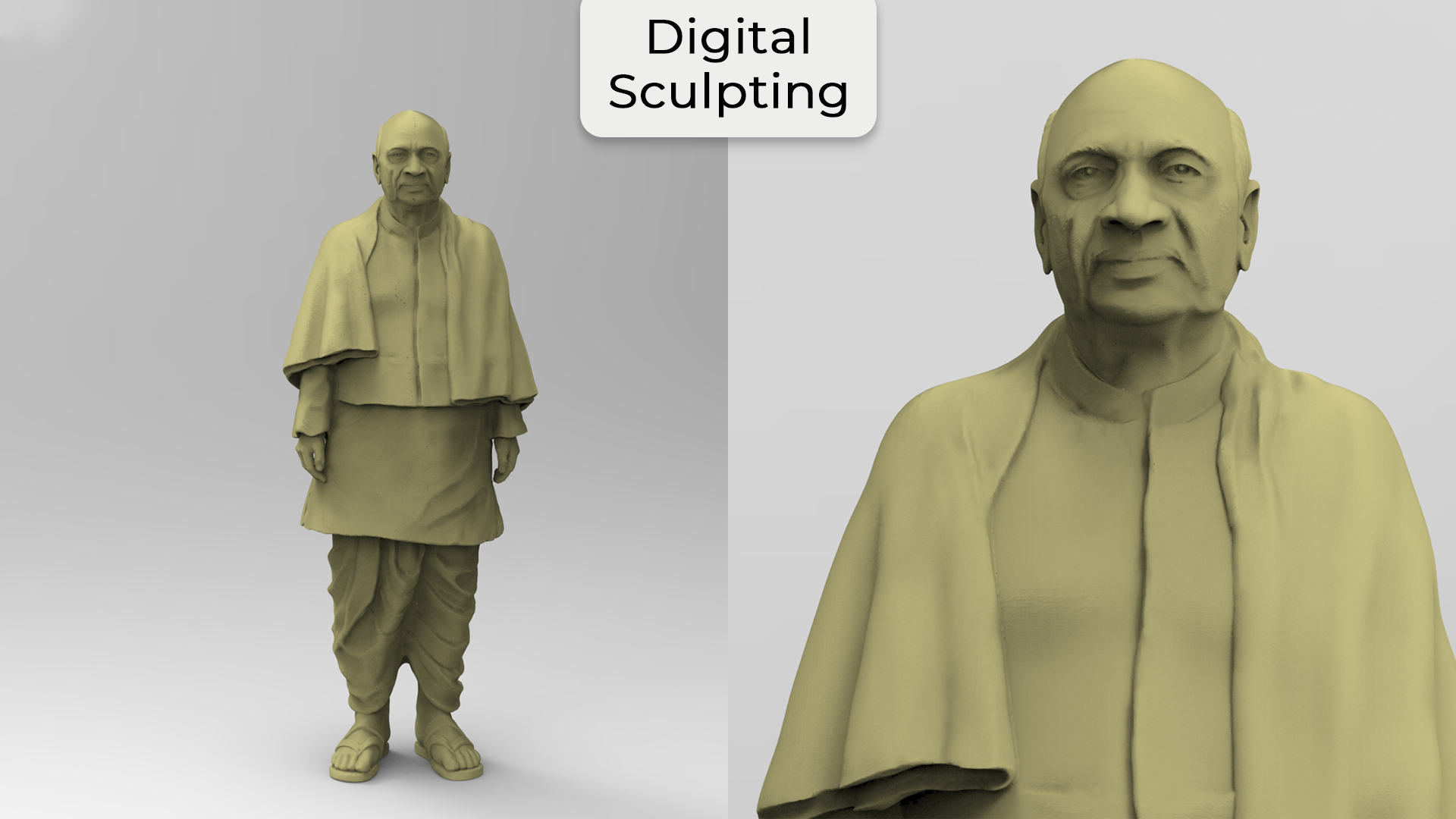 Nowadays, 3D printing is widely adopted in different fields like engineering, manufacturing, medical and research industries. 3D printing technology is being used for all kinds of applications from building hearts to building houses.